1. Is dues can be kept pending on this grounds that the Co-operative Housing Society has not taken note of the complaints from member?

2.  What action can be taken from member whose whereabouts is not know?

Ans: Public Notice should be publishing is daily newspaper for recovery of dues from such member. The membership of such member can be cancel by taking action as per provisions under section 35 of the Maharashtra Co-operative Societies Act 1960 against such member.

3. Was non-occupancy charges can be charge on Paying Guest?

Ans: Since it is implied in the concept of paying Guest that while original member residing in the flat, remaining place gives on the rent and earn income from it, in such circumstances it has been prescribed by the government supplementary letter dt. 25/02/2011 that like a non-occupancy charges which cannot be charge more than 10 percent of the maintenance charges when flat is given on rent on the same basis non-occupancy charges can be charge on the Paying Guest.

4. What is a procedure for filing recovery case under section 101?

Ans: Under section 101 of the co-operation law and rule 86 A to 86 F made there under the documents and procedure is prescribed. In short it is as under.

1. It is necessary that society should have to issue 2 notices of one month period and final notice after resolution of 15 days period i.e. total
3 notices to the member.

2 . If dues amount is not paid even after this notice, resolution of action under section 101 should have to be moved in the should have to moved in the managing committee meeting. There after final notice of 15 days should be given to the defaulter member.

3 . If dues amount was not paid even after final notice then an application issue should have to be submitted to Dy/Asstt. Registrar under section 101. The format V or it is given in the rules under Co-operation law and such documents are available with Housing Federation.

4 . While submitting the said case a Chelan of the amount of the percent up to one lakh and above that one to two percent should be paid in the government treasury/ Reserve Bank. The said amount can be paid in government treasury by purchasing stamp paper. The limit up to Rs. 10,000/- is prescribed for stamp Paper.  This assessment is being made in limitation of maximum Rs.10,000/- In addition Rd. 500/-
(enquiry fee should have to be paid in following head in the Reserve Bank of India for the case under section 101/-

5. If a member has sell his flat by not paying dues then what action the Co-operative Housing Society can take against new member?

Ans: The Society can take action by making an application under section 101 of the Maharashtra Co-operative Society Act 1960 for getting the recovery certificate against the new member.

6. What action a member can take against the co-operative Housing Society for charging excess amount from member?

Ans: Justice can be seek by filing suit against Housing Society for excess charging under section 91 of the Maharashtra Co-operative Societies Act 1960

7. What action the managing Committee of the Co-operative Housing Society can take against the members for recovery of dues.

Ans: First upon all it is necessary that notice should be issued by the society to the defaulter member. Then also if the found defaulted then by taking action under section 101 of the Maharashtra Co-operative Societies Act 1960, and by obtaining recovery certificate action can be taken against such member.

8. Can a Co-operative housing society stopped water supply of the defaulter members?

9. Is it expected that a member of the ground floor also have to pay contribution for expenses incurred on lift? And at what rate it has been charged?

Ans: Yes, There is a provision that all members should share contribution of expenses on lift in equal proportion. Exception of ground Floor member has not been made in this similarly, Since the expenditure incurred charging of lift of nature of changing of lift machinery is in the nature of capital expenditure. It has been charged on all members including ground floor at the rate of per sq. ft area of the flats/ galas.

10. Whether Society can take penalty from members?

Ans: If members of the society violated bye laws then a secretary of the society inform the members first. After member gave his reply on it, the managing committee hears the member, If violation of bye laws still continue of even after hearing the member, than a member can be penalised by moving resolution in the general body meeting. 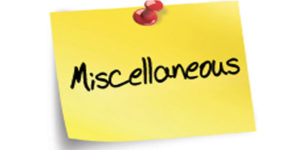 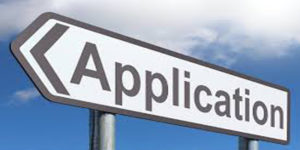 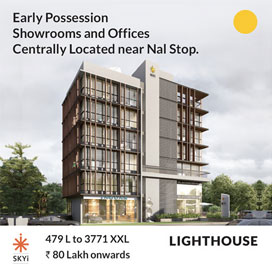